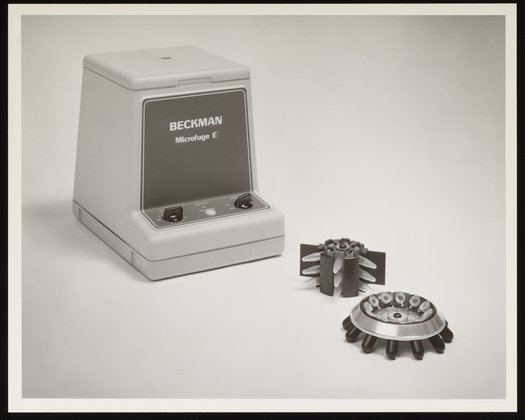 The Microfuge E tabletop centrifuge was released in 1986.