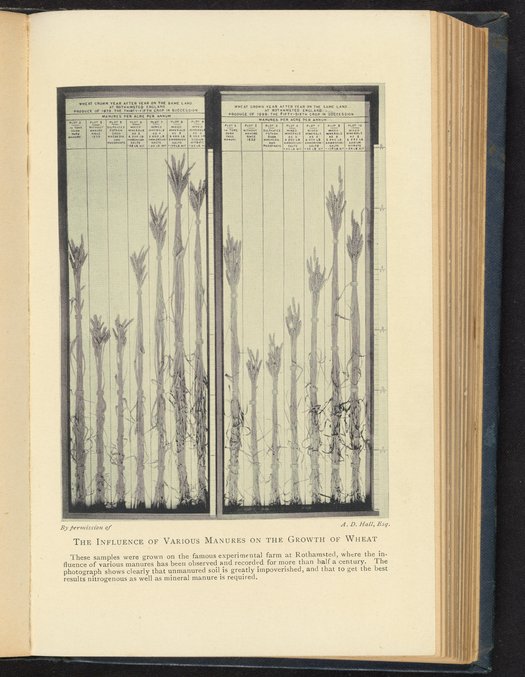 Hall, A. D. “The Influence of Various Manures on the Growth of Wheat.” The Romance of Modern Chemistry. London, England, 1909. https://digital.sciencehistory.org/works/p8418p41j.

The Influence of Various Manures on the Growth of Wheat