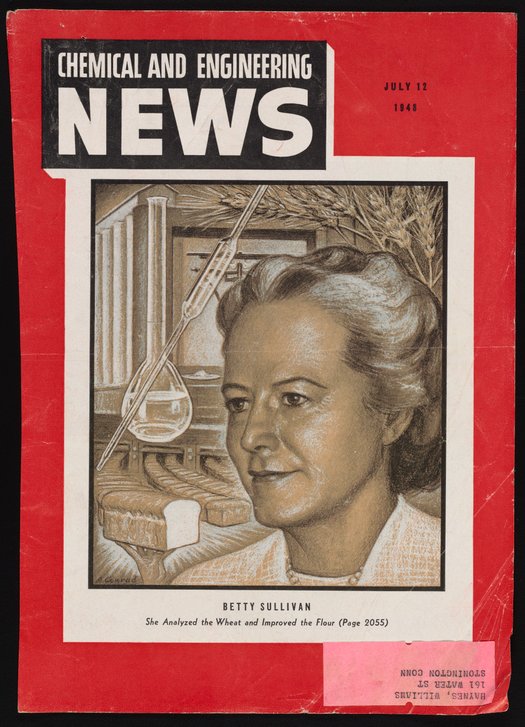 Betty J. Sullivan was born on May 31, 1902 in Minneapolis, Minnesota and educated at the University of Minnesota, where she graduated with a Bachelor’s degree in chemistry in 1922. Following graduation, she worked as a laboratory assistant studying the determination of moisture in wheat and flour for the Russell Miller Milling Company, which produced various flours and grains for both human consumption and animal feed. From 1924 to 1925, she traveled to France on an International Education scholarship to study biochemistry, spending a year at the University of Paris and a year at the Pasteur Institute, where she worked as a research assistant. Upon returning to America, Sullivan was promoted to chief chemist at Russell Miller and simultaneously pursued her education at the University of Minnesota, where she earned her PhD in 1935 .

Dr. Sullivan devoted the majority of her career to laboratory studies on the chemical properties of wheat and flour, specifically analyzing moisture levels and testing different agents, including bromates, iodates, and chlorites, to improve the baking qualities of flour. For her active research in chemistry related to grains, flour, and baking technologies, she became the first woman awarded the Thomas Burr Osborne Medal from the American Association of Cereal Chemists in 1948. She later received the Garvan Medal from the American Chemical Society in 1954.

Dr. Sullivan served as the president of the American Association of Cereal Chemists in 1943, 1944, and 1948, as well as chairman of the Technical Advisory Committee of the Miller’s National Federation and treasurer of the Association of the Food and Container Institute for the Armed Forces. She also was an active member of the American Chemical Society, American Association for the Advancement of Science, American Society of Baking Engineers, and La Société de Chimie Biologique. Betty J. Sullivan died on December 25, 1999. 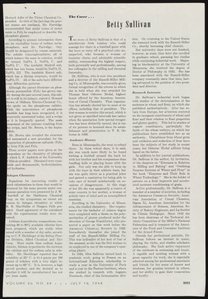