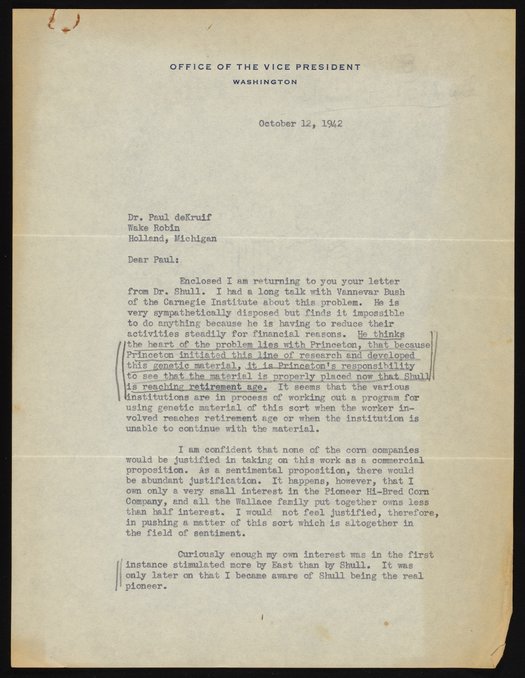 Letter from Henry A. Wallace, Vice President of the United States, to microbiologist and author Paul de Kruif. The letter concerns corn genetics research conducted by plant geneticist, George Harrison Shull, at Princeton University. Shull was a subject in de Kruif's 1928 book, Hunger Fighters, and sent a letter to de Kruif, which was forwarded to Vice President Wallace, concerning the fate of Shull's genetic plant material once he retired. 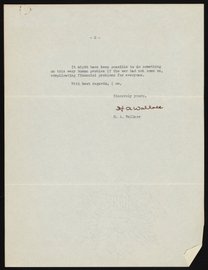 Letter from Henry A. Wallace to Paul de Kruif