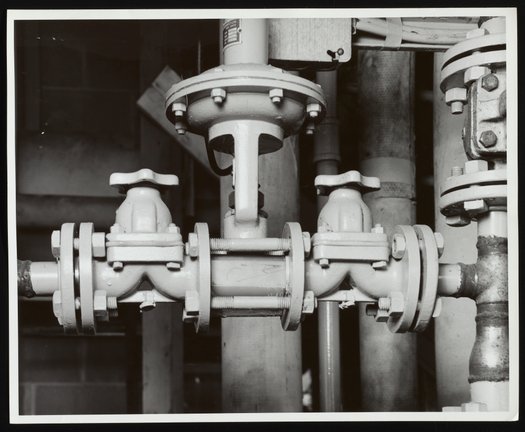 Close-up view of assorted valves and pipes at the Hercules Powder Company plant located in Parlin, New Jersey. Per notations accompanying the photograph, these valves and pipes were lined with Penton, a Hercules-branded chlorinated polyether used as an ingredient in protective coatings for structural steel and other metals, papers, cardboard, and plastics.