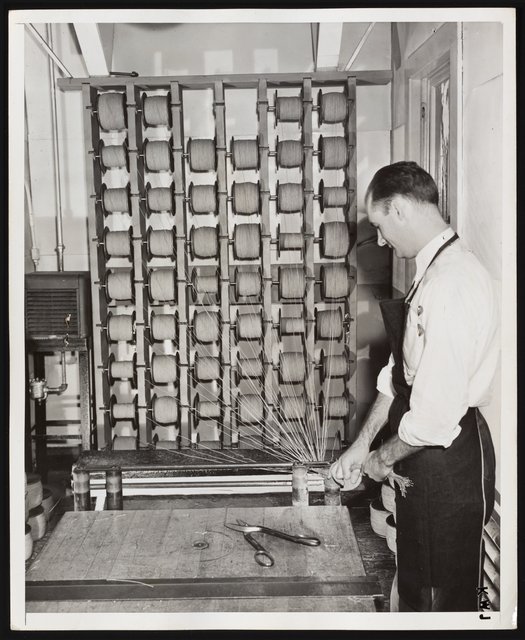 General view of an unidentified employee cutting wire for use in blasting cap shells produced at the Hercules Powder Company plant in Port Ewen, New York. Prior to cutting, copper, enamel, and iron wire was insulated with cotton yarn and, as visible into the photograph, wound onto spools.