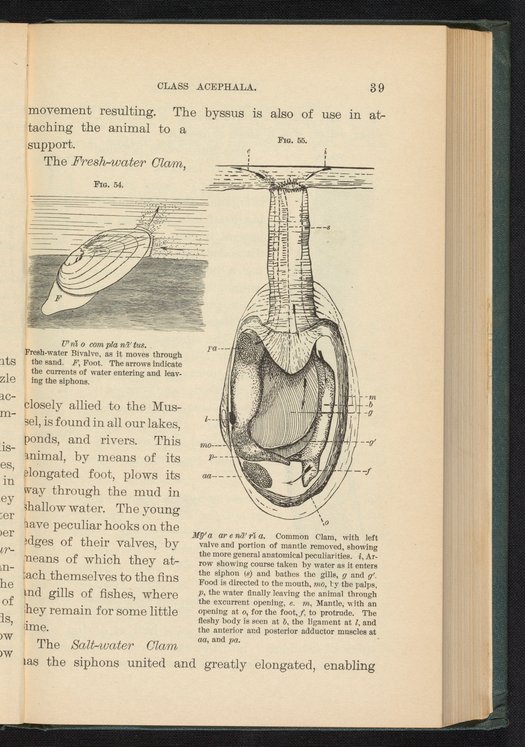 Figures 54 and 55 of the 1887 volume Popular Zoology. Figure 54 depicts a fresh-water bivalve clam as it moves through sand. Figure 55 depicts a common clam, with the left valve and portion of mantle removed, showing the more general anatomical peculiarities.