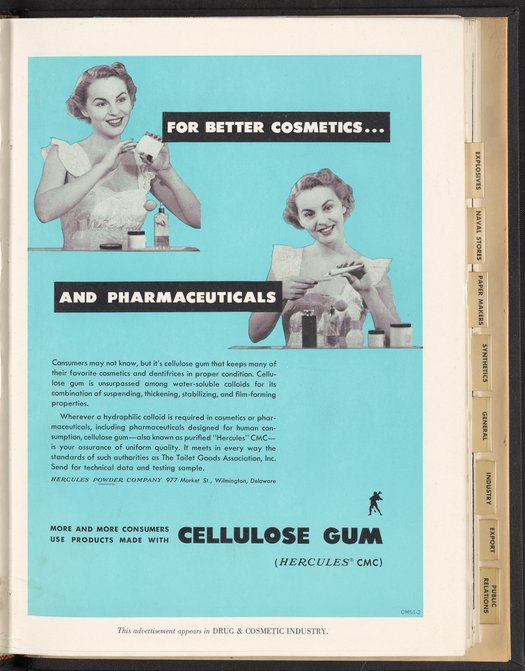 Color print advertisement for cellulose gum manufactured and sold by the Hercules Powder Company for use as a binding and stabilizing agent in consumer goods. This product was also marketed as "Hercules CMC." The advertisement shows two photographs of a woman at her vanity. In one she holds a cosmetics jar and in the other she applies toothpaste to a toothbrush. The accompanying text describes the applications of cellulose gum in cosmetics and pharmaceuticals for human consumption. This advertisement appeared in Drug & Cosmetic Industry.