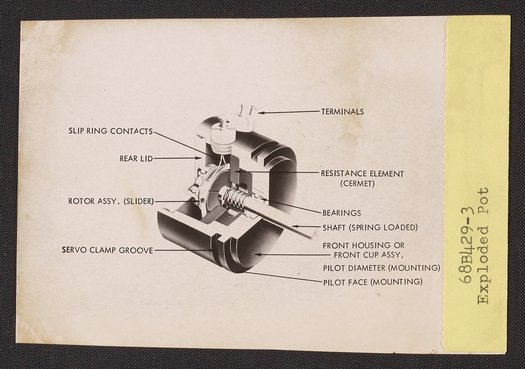 The labeled illustration depicts the interior of a potentiometer.