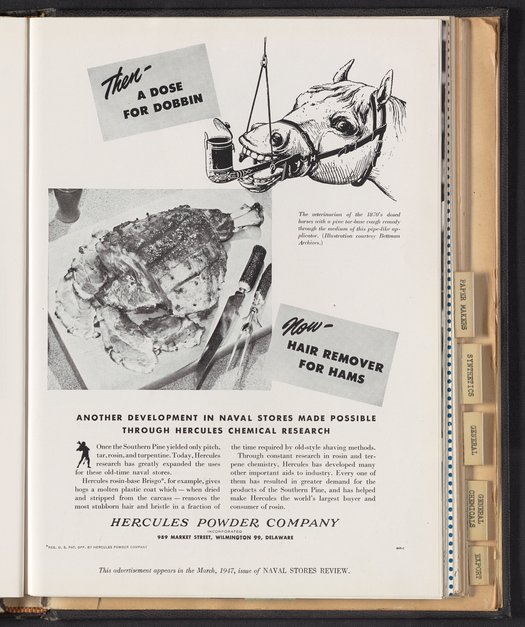 Advertisement for Brisgo, a trademarked depilatory compound manufactured and sold by the Hercules Powder Company for the cosmetic removal of hair from hog skin. The advertisement details the varied uses of naval stores past and present, highlighting Hercules' discovery and development of new products and uses. This advertisement appeared in the March 1947 issue of Naval Stores Review.

Then, a Dose for Dobbin...Now, Hair Removal for Hams