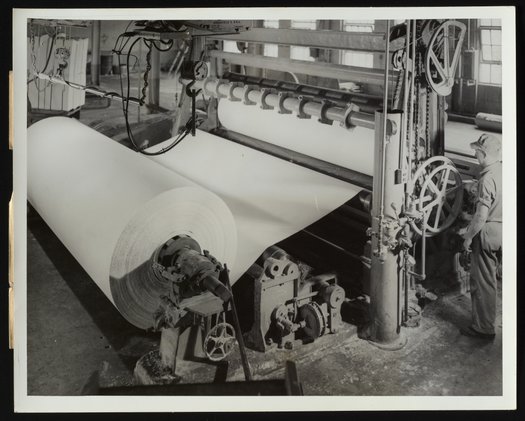 General view of back tender John Coleman operating a roll rewinder in the Cellulose Department at the Hercules Powder Company plant in Hopewell, Virginia. Per notations accompanying the photograph, the roll rewinder was used to produce smaller rolls from a jumbo roll of so-called "chemical cotton," i.e. purified cellulose obtained from raw cotton linters, manufactured at the plant.