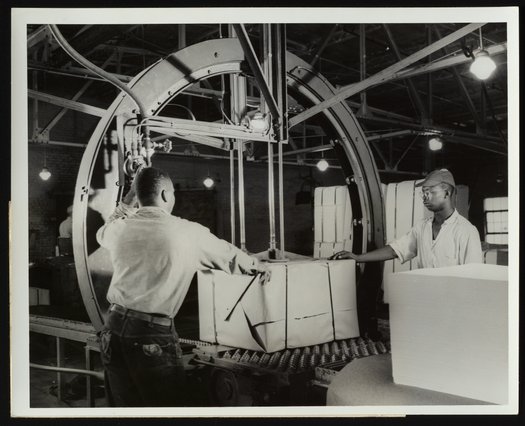 General view of an automatic banding machine in use in the Cellulose Department at the Hercules Powder Company plant in Hopewell, Virginia. The employees visible in the photograph are identified as Leroy Brown and John Williams. Per notations accompanying the photograph, the machine applied bands under fixed pressure and then cut and welded the steel strapping. The stacks of banded material visible in the photograph are likely chemical cotton, a form of purified cellulose produced at the Hopewell plant.

Automatic banding machine in use at Hercules Hopewell plant