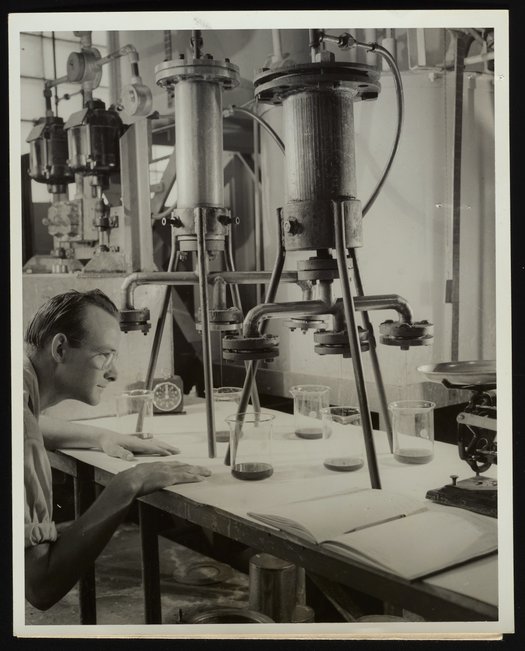 General view of laboratory operator Donald R. Stevens checking the filtration characteristics of viscose solutions produced in the Cellulose Department at the Hercules Powder Company plant located in Hopewell, Virginia. Per notations accompanying the photograph, the test depicted here was one of a series of control tests applied to so-called "chemical cotton," i.e. purified cellulose obtained from raw cotton linters, manufactured at the plant.