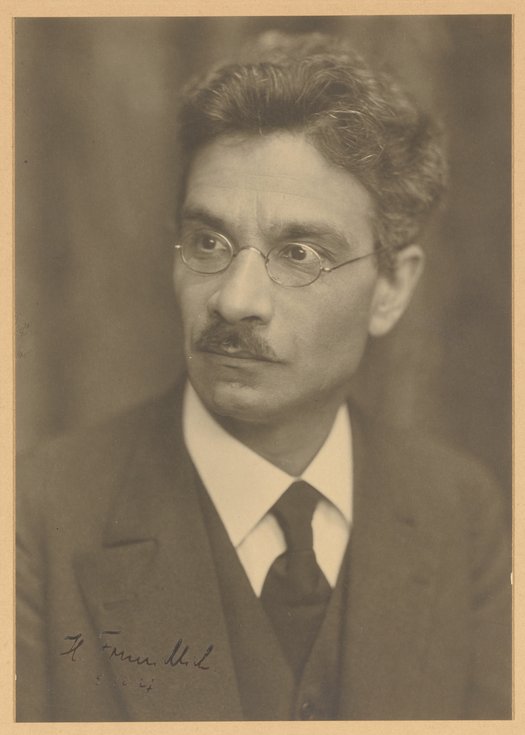 Portrait of Herbert Freundlich (1880-1941). A student of Wilhelm Ostwald, Freundlich received his doctorate from the University of Leipzig in 1903 following his dissertation on the precipitation (coagulation) of colloid solutions by electrolytes. From 1903 to 1911, he worked as an assistant in the Leipzig physico-chemical Institute and later joined the Technische Hochschule as the Associate Professor of Physical Chemistry and Inorganic Technology in 1911. In 1916, Freundlich joined Fritz Haber at the Kaiser Wilhelm Institute for Physical Chemistry and Electrochemistry to develop and assess the best methods of protection against chemical warfare. Following the First World War, Freundlich became an associate director and chief of the division of colloid chemistry and applied physical chemistry at the Kaiser Wilhelm Institute. Following the rise of the National Socialist Party in Germany, Freundlich and Haber resigned their positions in 1933 and Freundlich relocated to University College, London, as Honorary Research Associate. In 1938, Freundlich accepted a professorship at the University of Minnesota; he subsequently died in Minneapolis on March 30, 1941.