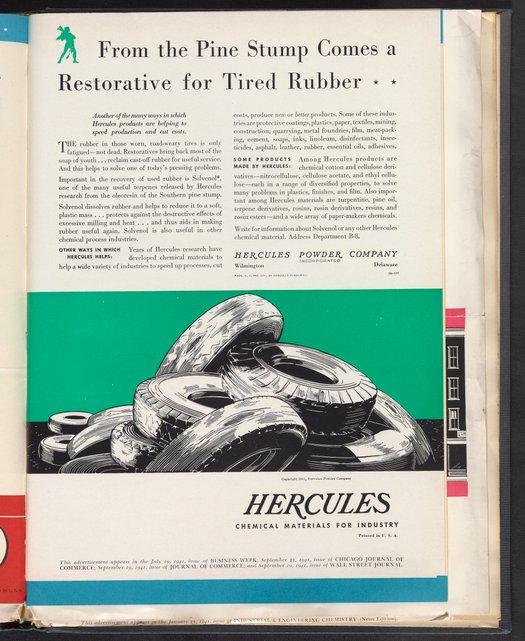 From the Pine Stump Comes a Restorative for Tired Rubber...