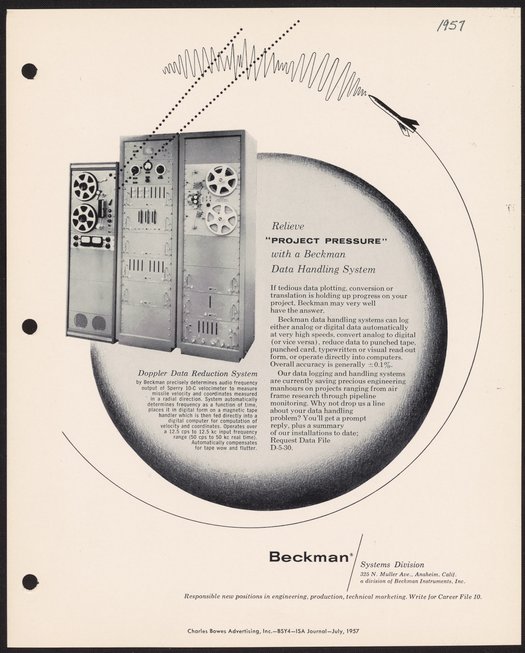 This data handling system was designed specifically for use with Doppler data from a Sperry 10-C velocimeter, to measure and track missiles. Used by the aerospace industry, the ad promises that it will automatically compensate for "tape wow and flutter."