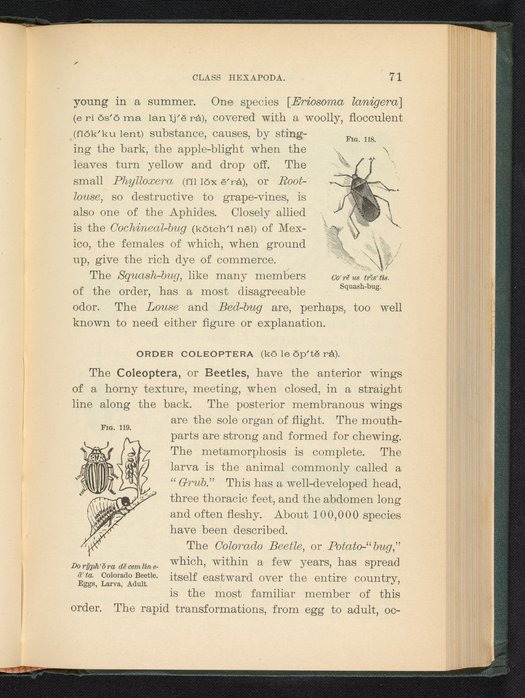 Figures 118 and 119 of the 1887 volume Popular Zoology. Figure 118 depicts a squash-bug. Figure 119 depicts the growth phases of a Colorado beetle, including the eggs, larva, and adult.