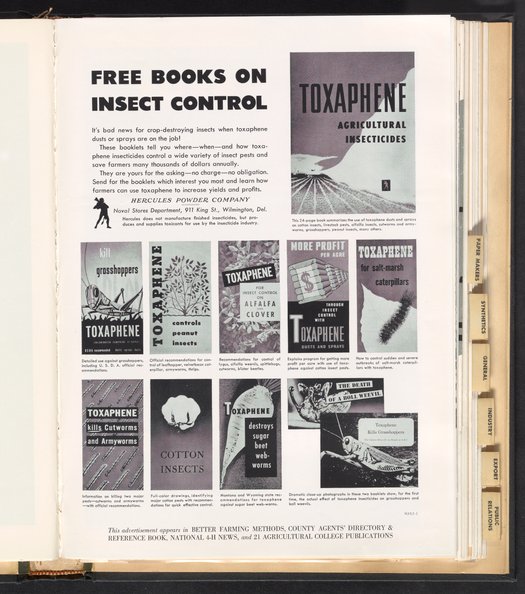 Advertisement for books detailing the use of toxaphene for insect control including illustrations of grasshoppers, salt-marsh caterpillars, cutworms, armyworms and boll weevils.