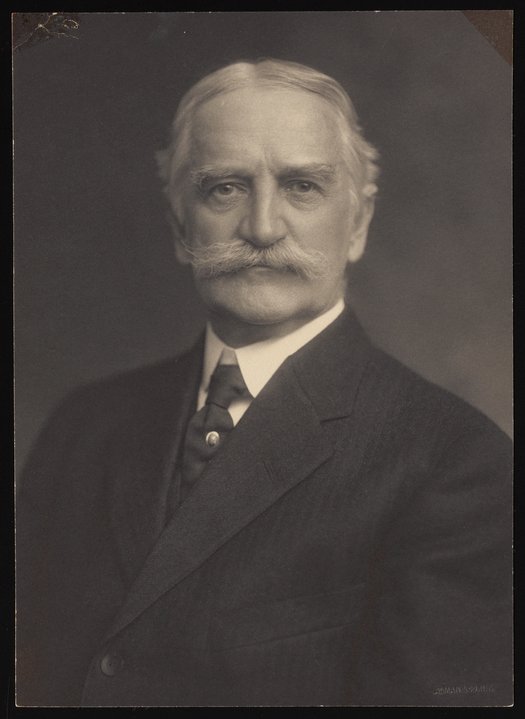 Portrait of Samuel Phillip Sadtler (1847-1923), a charter member and first President of the American Institute of Chemical Engineers (AIChE).

Samuel Philip Sadtler was born on July 18, 1847 in Pine Grove, Schyulkill County, Pennsylvania and educated at Pennsylvania College (later Gettysburg College). Following his graduation from Pennsylvania College in 1867, Sadtler studied at Lehigh and Harvard Universities before travelling to Germany, where he earned his PhD from the University of Göttingen in 1871, studying under both Robert Bunsen and Friedrich Wohler. Upon returning to the United States, Sadtler assumed the position of professor of chemistry and physics at Pennsylvania College (1871-1874) and subsequently became chair of general and organic chemistry at the University of Pennsylvania, a position he held until 1891. Sadtler later served as chair of the chemistry department at the Philadelphia College of Pharmacy (now University of the Sciences in Philadelphia) and in 1901 founded the Philadelphia chemical consulting firm Samuel P. Sadtler & Son with his son, chemist and Massachusetts Institute of Technology graduate Samuel Schmucker Sadtler (1873-1954). Throughout 1907 and 1908, Samuel Philip Sadtler collaborated on the formation of the American Institute of Chemical Engineers, a society separate from the American Chemical Society to serve the interests of the newly recognized profession of chemical engineering. In 1908, Sadtler was elected the first President of AIChE, a position he held until the end of 1909. Samuel Philip Sadtler died in Philadelphia on December 20, 1923.