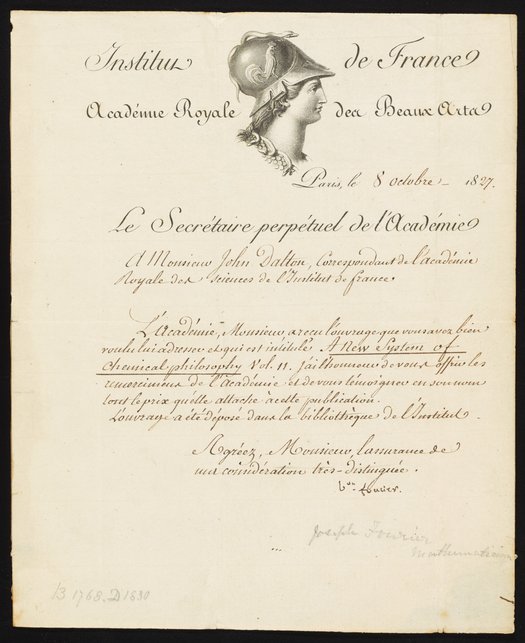 Acknowledges receipt of Dalton's "A New System of Chemical Philosophy" and the bill for the publication. the book was placed in the library of the Royal Academy of Beaux Arts.