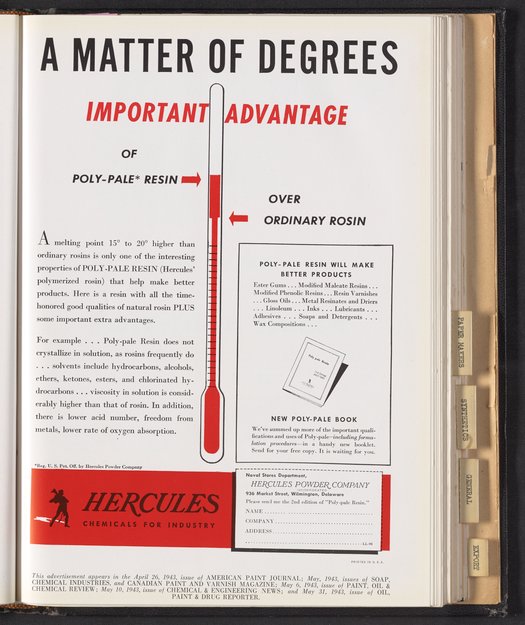 A Matter of Degrees: Important Advantage of Poly-Pale Resin Over Ordinary Rosin