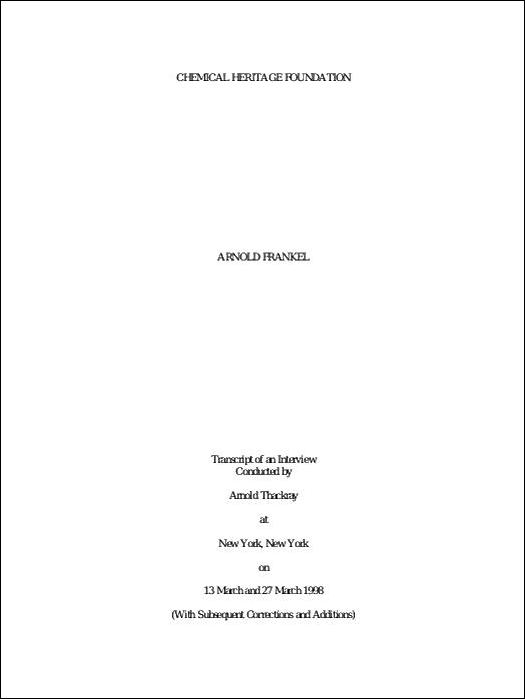 Arnold Frankel begins the first interview with a discussion of his family background. His father emigrated from Poland to New York in 1907. Though he was a sign painter, he believed in the importance of education. Frankel spent most of his childhood in the Bronx; because of the Depression, the family moved frequently, but remained in the same area. Frankel attended City College, enrolling in the chemical engineering curriculum and receiving his B.S. in 1942. While at City College, he met Seymour Mann, who later became his business partner.

After graduation, Frankel accepted a position with the U.S. Rubber Company, working at a TNT plant. Soon thereafter, he moved to Publicker Industries, where he did pilot plant work. He also encouraged Mann to join Publicker. Frankel and Mann began to discuss forming their own business, and planned to manufacture 2, 4-D, and antifreeze. Though they later discarded that idea, they did form Aceto Chemical, Inc., and exported a variety of chemicals. Frankel is joined in the second interview by his wife, Miriam Frankel, and they discuss the difficulties of beginning a business and a family at the same time.