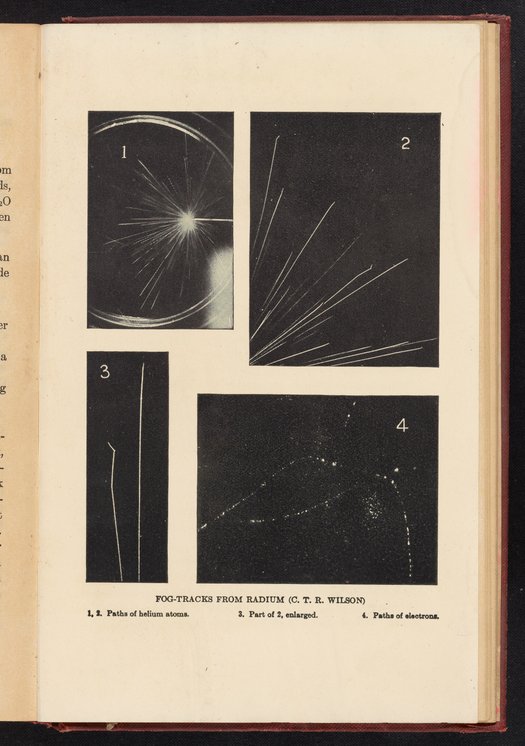 Plate features photographs by Charles Thomson Rees Wilson (1869-1959) of the fog tracks of radium. Figures one and two illustrate the paths of helium atoms, with an enlargement in figure three. Figure four shows the paths of electrons.

Preface describes how this chemistry textbook contains an intermediate level of instruction, being more advanced than elementary chemistry but not as comprehensive as college chemistry. The modified periodic table of elements found within this work differs from Dmitry Ivanovich Mendeleyev's (1834-1907) version as explained in the text. Only the pages pertaining to the modified periodic table of elements and a selection of plates have been digitized from this work.