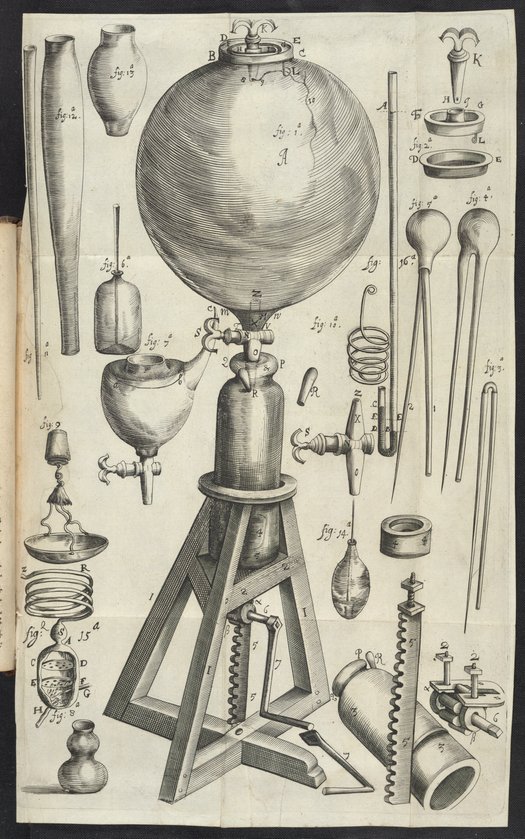 Folding copperplate engraving illustrating sixteen figures including the pneumatical engine and components used in pneumatic experiments leading to the discovery of Boyle's law.

Forty-three experiments are detailed within this work, including the physical and chemical properties of air proving it has weight along with determining that a vacuum restricts the transmission of sound as well as the discovery on the permanent elasticity of air, which is necessary for supporting life and combustion.

The experiments outlined in this work eventually led to the discovery of Boyle's law, published in a later work. The publishing of this work served as a significant event in the English scientific renaissance.

Boyle, Robert. “Pneumatical Engine and Components.” In New Experiments Physico-Mechanicall, Touching the Spring of the Air, and Its Effects (Made, for the Most Part, in a New Pneumatical Engine). Oxford, England: H. Hall, Printer to the University, for T. Robinson, 1660. https://digital.sciencehistory.org/works/td96k378v.