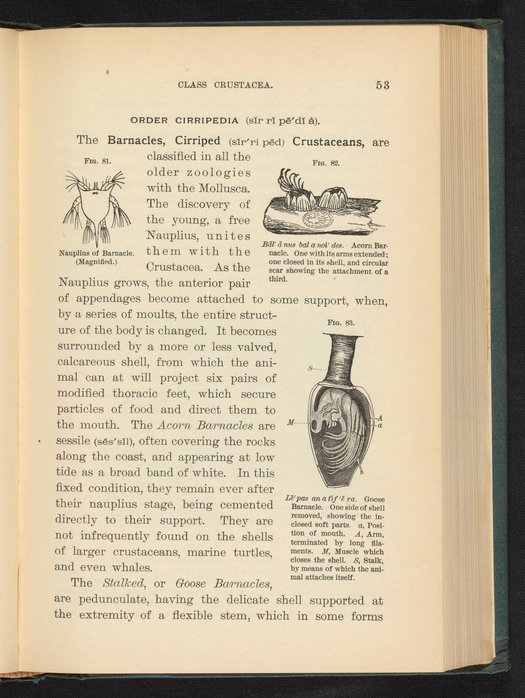 Figures 81, 82, and 83 of the 1887 volume Popular Zoology. Figure 81 depicts a barnacle (magnified) in the nauplius, i.e. first larval stage of development. Figure 82 depicts a trio of acorn barnacles. Figure 83. depicts a goose barnacle with one side of the shell removed, showing the enclosed soft parts.