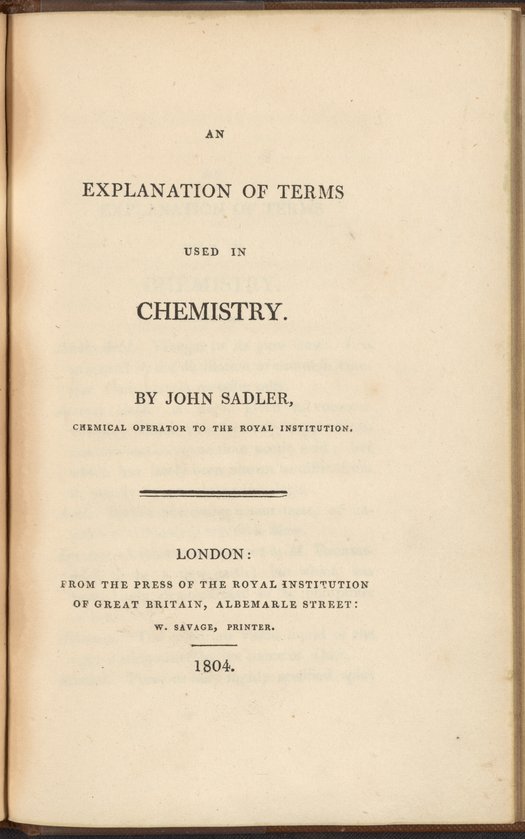 John Sadler (1779-1838) was a British chemist and metallurgist. Sadler worked as a chemical assistant at the Royal Institution, London, assisting chemist Humphry Davy (1778-1829) until 1804, when he published An Explanation of Terms Used in Chemistry. The publication, written in dictionary format, contains 178 entries of chemical terminology beginning with Acetic Acid and ending with Zoonic Acid. This item is bound with the work Outlines of a Course of Lectures on Chemical Philosophy by Humphry Davy, also published in 1804. The booklet was designed to be issued with Davy’s Course of Lectures, but it was also sold separately as an independent work. It is digitized in its entirety. 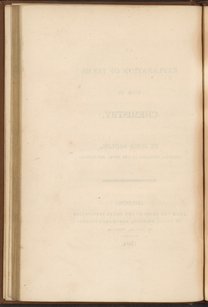 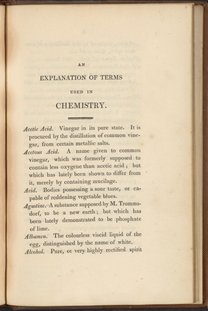 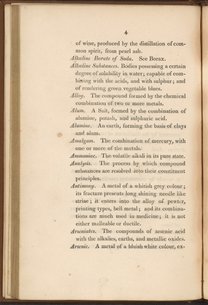 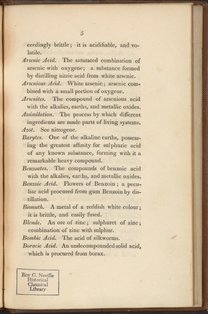 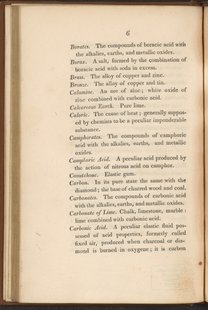 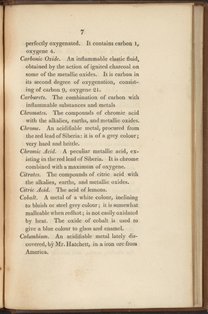 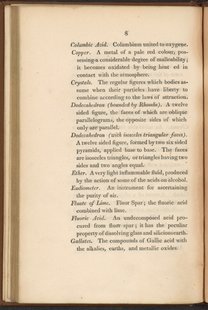 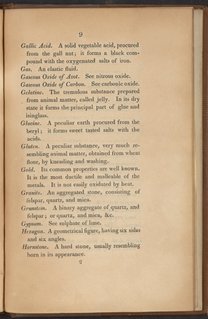 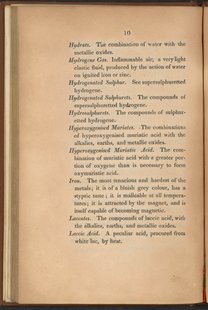 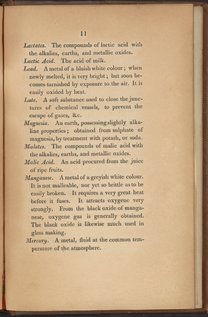 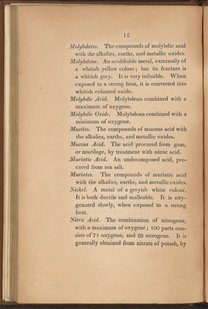 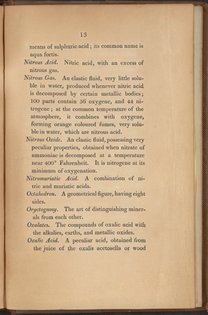 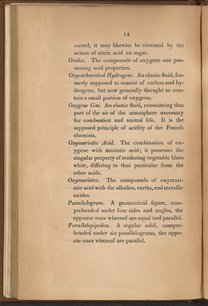 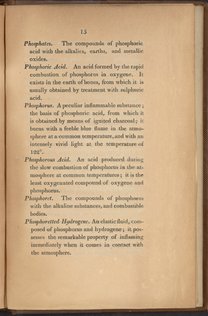 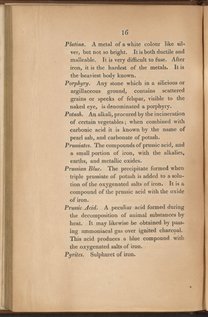 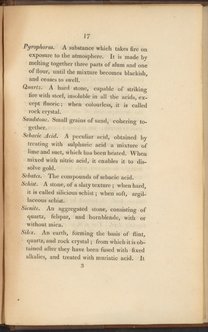 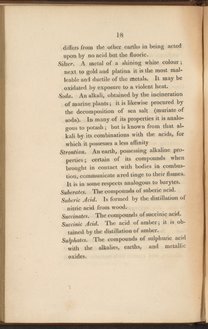 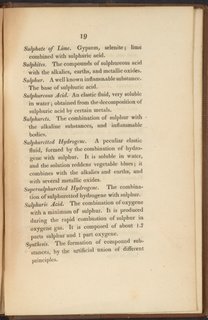 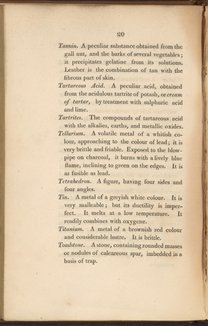 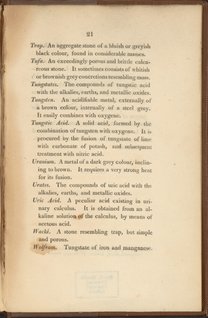 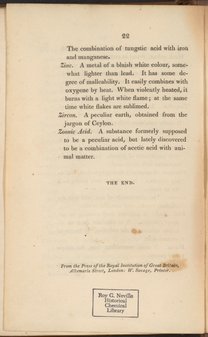 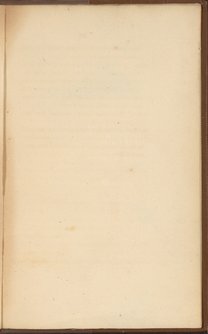 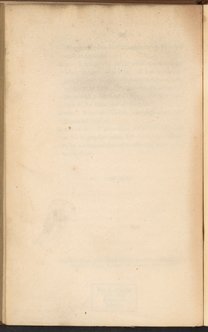 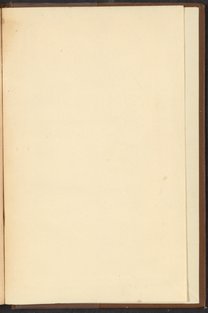