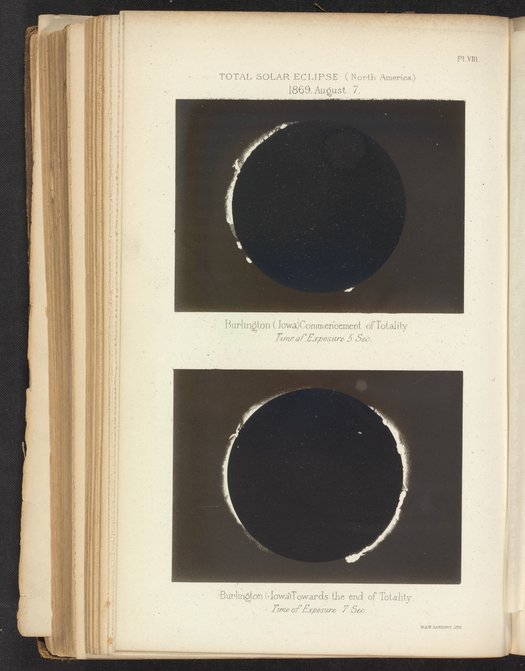 This plate contains two prints from photographs of a solar eclipse viewed in Burlington, Iowa on August 7, 1869.
"The photographic plates, which were exposed for the brief space of from five to sixteen seconds, give only faint traces of the corona, on account of its light being too weak to produce in so short a time any chemical action on the prepared plates. Plate VIII contains correct copies of the two photographic pictures taken at Burlington at the commencement of the totality and immediately before its termination."