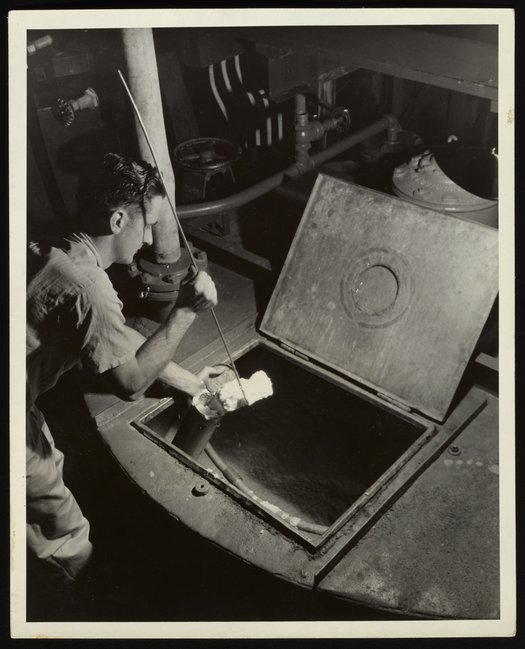 Close-up view of an unidentified employee removing a sample of ethyl cellulose from a machine at the Hercules Powder Company plant in Hopewell, Virginia. Per notations accompanying the photograph, the sampling was one of several control steps applied during the manufacture of ethyl cellulose. Ethyl cellulose manufactured by the Hercules Powder Company was commonly purchased by a variety of public and private industries as a raw material for use in plastics, films, lacquers, and other materials.