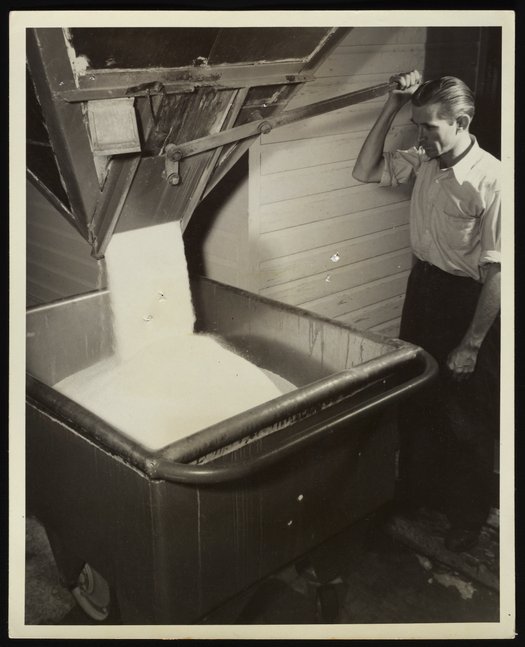 Close-up view of ethyl cellulose being transferred to a storage bin at the Hercules Powder Company's Ethyl Cellulose plant in Hopewell, Virginia. The employee visible in the photograph is unidentified. Ethyl cellulose manufactured by the Hercules Powder Company was commonly purchased by a variety of public and private industries as a raw material for use in plastics, films, lacquers, and other materials.