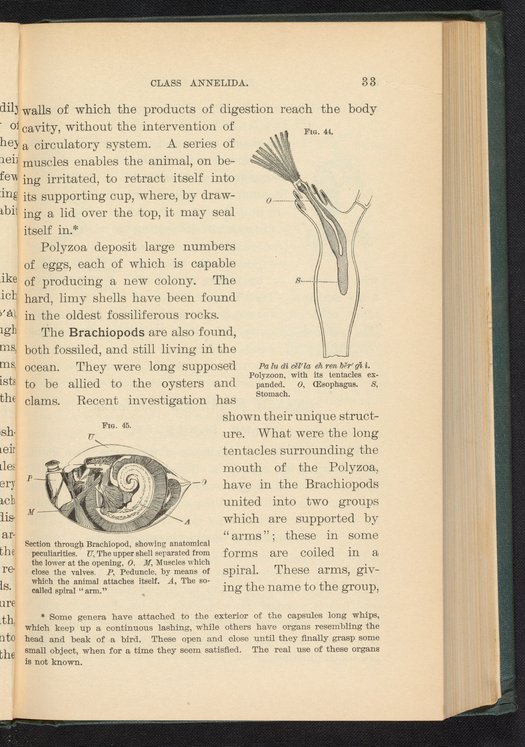 Figure 44 and 45 of the 1887 volume Popular Zoology. Figure 44 depicts a polyzoon with its tentacles expanded. Figure 45 depicts a cross-section view of a brachiopod, showing anatomical peculiarities.