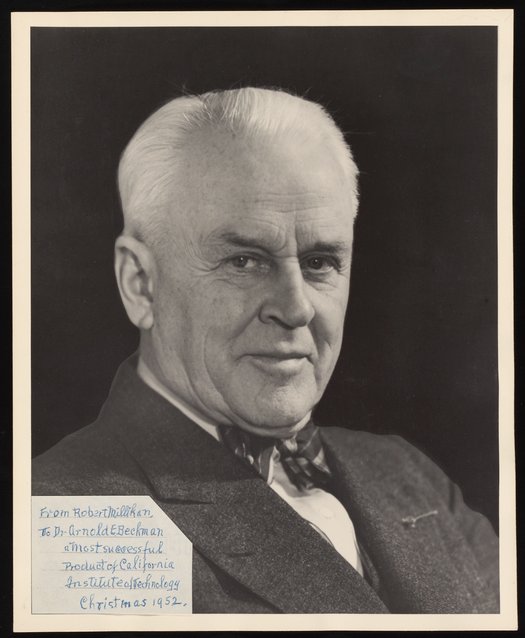 Dr. Robert Millikan was an American physicist who received the Nobel Prize in Physics in 1923 for his work the photoelectric effect and for measuring the elementary electronic charge. In 1923 he also became director of the Norman Bridge Laboratory of Physics at the California Institute of Technology, an institution he was associated with until his death in 1953. This portrait contains a handwritten inscription to Arnold O. Beckman, a who received his PhD in photochemistry from CalTech in 1928, and likely crossed paths with Dr. Millikan.