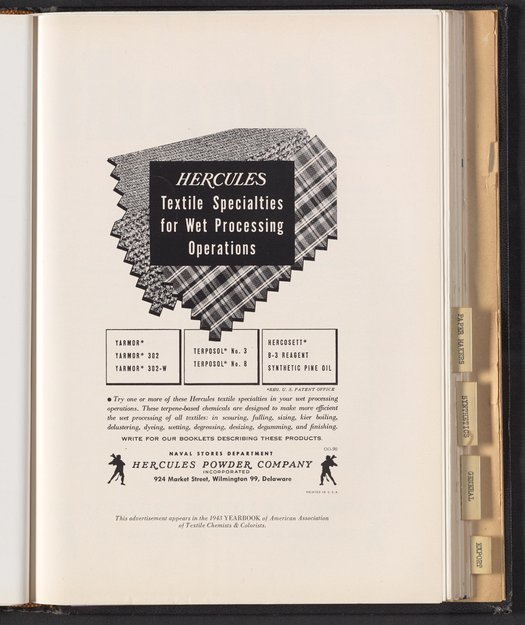 Advertisement for a range of terpene-based chemicals, including Yarmor Pine Oil, manufactured and sold by the Hercules Powder Company for use in the processing and production of textiles. This advertisement appeared in the 1943 Yearbook of the American Association of Textile Chemists & Colorists.