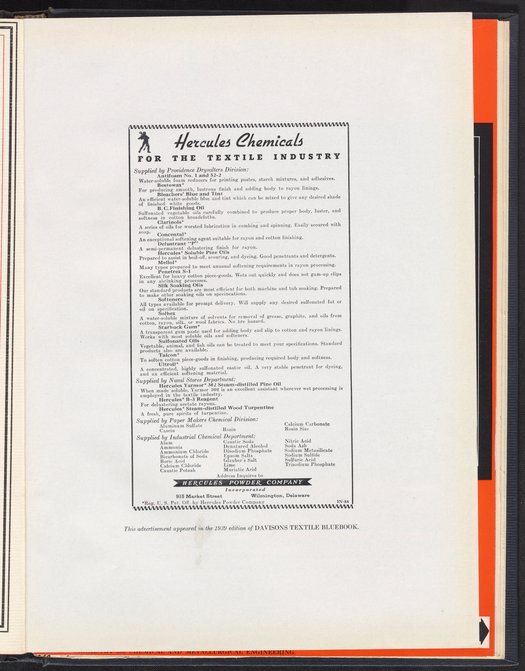 Advertisement listing a range of chemicals manufactured and marketed by the Hercules Powder Company for use in the textile industry, including pine oil, bleachers, and anti-foam agents. This advertisement appeared in the 1939 edition of Davison's Textile Bluebook.

Hercules Chemicals for the Textile Industry