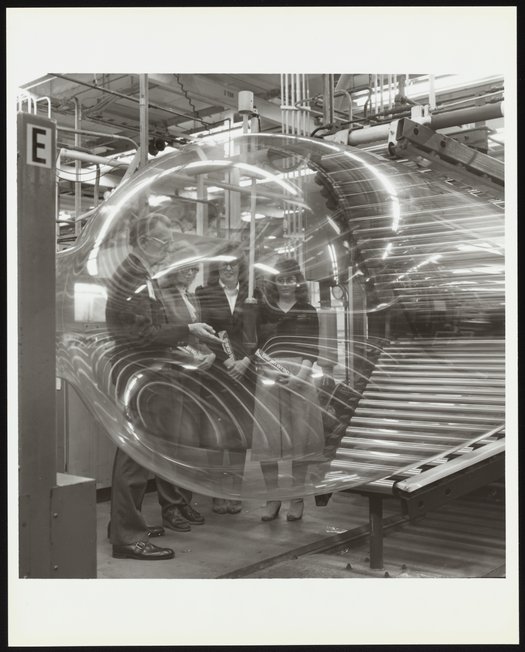 Two views of a tour group observing the extrusion of a saran bubble from a rolling machine at the Dow Chemical Company plant in Midland, Michigan. The individuals visible in the photograph are identified as follows (left to right): Dow employee Fred Chase; student typists Judy Ross, Gail Atton, and Kim Landers. Per notes accompanying the photograph, the extrusion bubble process was used to give the film its required strength and proper thickness.

During production, saran film passed through a series of rollers, which deflated the bubbles and prepared the film for winding on rolls. Initially developed for the U.S. Army to wrap arms and equipment for transport during World War II, saran plastic was subsequently developed and marketed as Saran Wrap for household use. 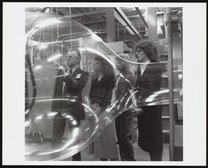