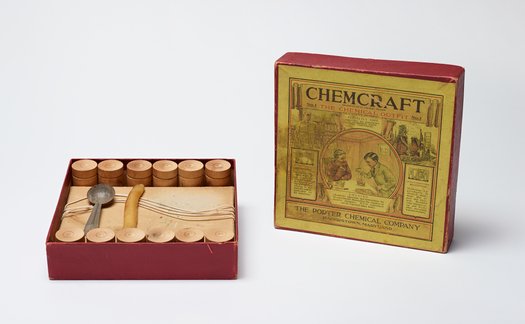 This is one of Porter Chemical Company's first Chemcraft sets. In the early 20th century, companies like the Porter Chemical Company and A.C. Gilbert began to manufacture and sell chemistry laboratories and kits. Originally marketed as educational toys for young boys, these sets quickly became known as the perfect birthday or Christmas gift, as they promised magic for the user and served as a first step toward a future career in science for many.