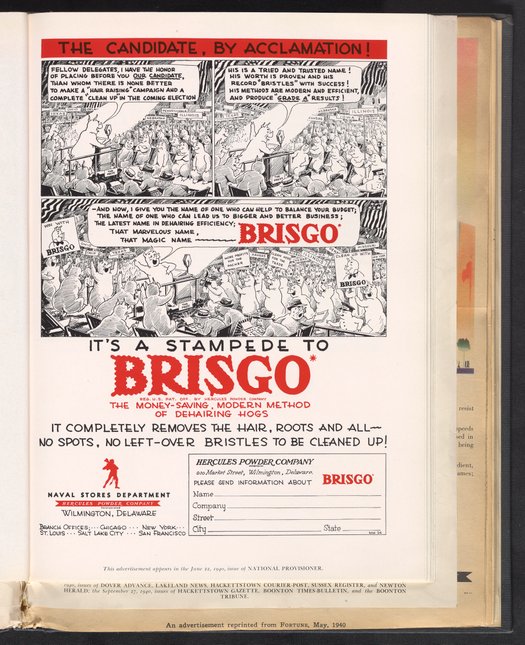 Advertisement for Brisgo, a trademarked depilatory compound manufactured and sold by the Hercules Powder Company for the cosmetic removal of hair from hog skin. The advertisement, published amidst the 1940 U.S. Presidential election, features a cartoon depiction of a hog convention lauding Brisgo as the best candidate to cleanly and efficiently dehair hogs root to tip. This advertisement was published in the June 22, 1940 issue of National Provisioner.

It's a Stampede to Brisgo