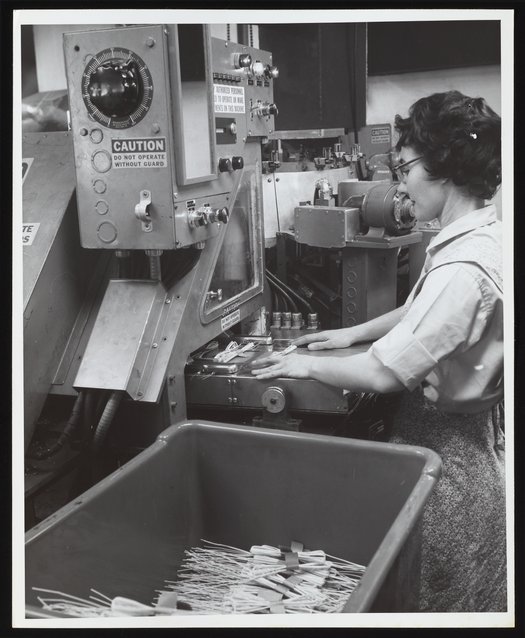 General view of an unidentified female employee operating an automatic precision-assembly station used during the manufacture of detonators and initiators at the Hercules Powder Company plant in Port Ewen, New York. The employee appears to trimming the ends of the wires used in the explosives devices manufactured at the plant.