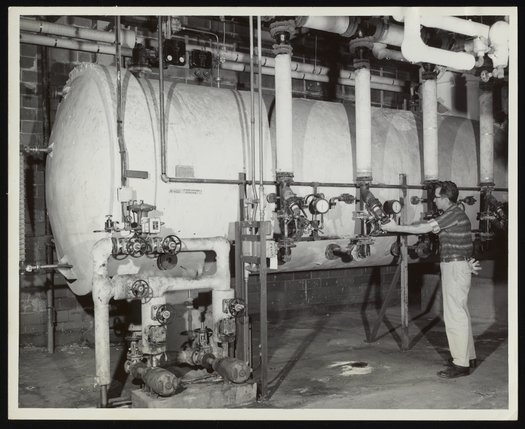 General view of a ring closure reactor used in the production of Penton, a chlorinated polyether used as an ingredient in protective coatings for structural steel and other metals, papers, cardboard, and plastics, at the Hercules Powder Company plant in Parlin, New Jersey. The employee visible in the photograph is unidentified. Per notations accompanying the photograph, the ring closure reactor was used to form BCMO, a type of monomer, from Pentaerythritol Trichloro Monoacetate, a key intermediate useful in the production of films, filaments, and plastics.