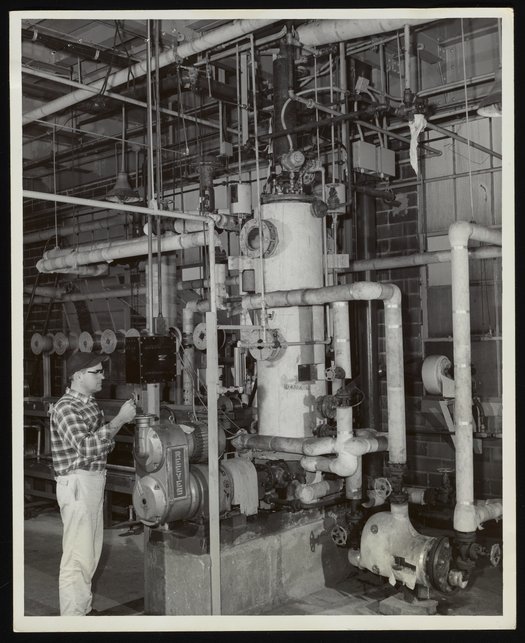 General view of an unidentified employee operating a polymerizer and extruder at the Hercules Powder Company plant located in Parlin, New Jersey. Per notations accompanying the photograph, the polymerizer and extruder units were used in the production of Penton, a chlorinated polyether used as an ingredient in protective coatings for structural steel and other metals, papers, cardboard, and plastics.