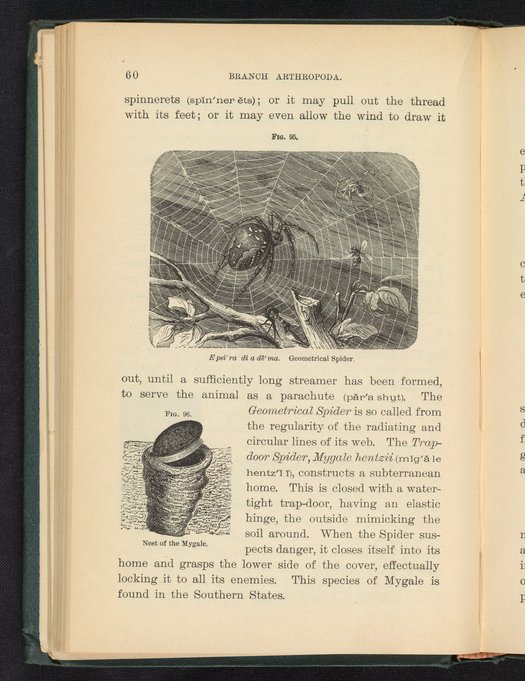 Figures 95 and 96 of the 1887 volume Popular Zoology. Figure 95 depicts a geometrical spider. Figure 96 depicts the nest of a Mygale spider, also commonly known as a Trapdoor Spider.