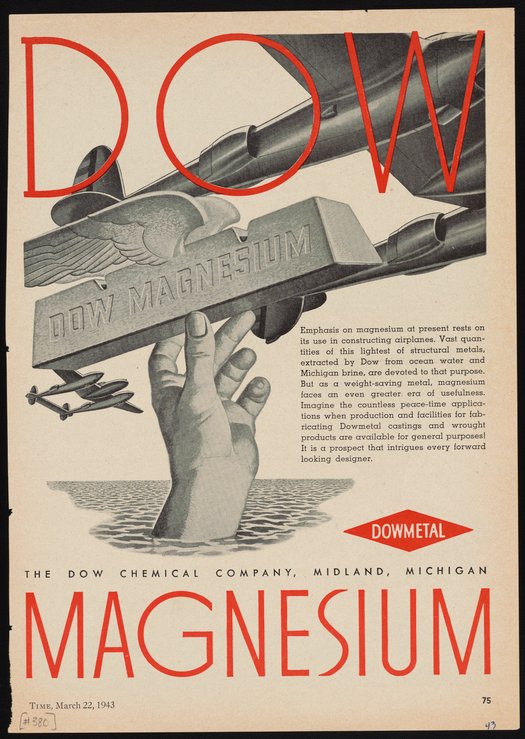 Print advertisement for Dowmetal, a magnesium alloy manufactured and sold by the Dow Chemical Company. The advertisement features an illustrated depiction of a fleet of aircraft bombers alongside a hand lifting a bar of magnesium from the sea. The accompanying text details Dow's extraction of magnesium from seawater and the use of Dowmetal in the wartime production of more lightweight and efficient aircraft, as well as the company's research into possible postwar applications. This advertisement appeared on page 75 of the March 22, 1943 edition of Time.