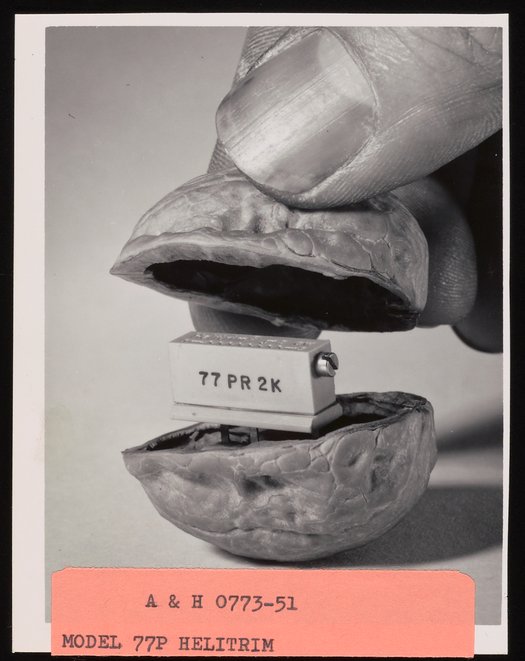 This photograph is part of a series of marketing images used to demonstrate the small size of Helipot products. The text on the label identifies the product as a Model 77P Helitrim potentiometer and the photographer, "A & H," as Armstrong and Hess.

Helitrim trimming potentiometer in a nutshell