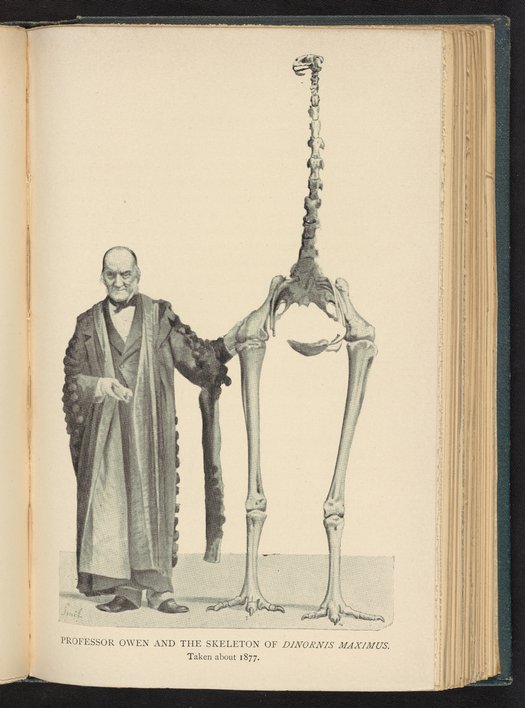 English biologist, comparative anatomist and paleontologist Richard Owen (1804-1892) stands next to the skeleton of a giant moa (Dinornis Maximus). Owen published extensively on fossils and is famously known for coining the word Dinosauria. He also named the Dinornis after discovering its existence based on its skeletal remains.

Portrait of Richard Owen with skeleton of the giant moa