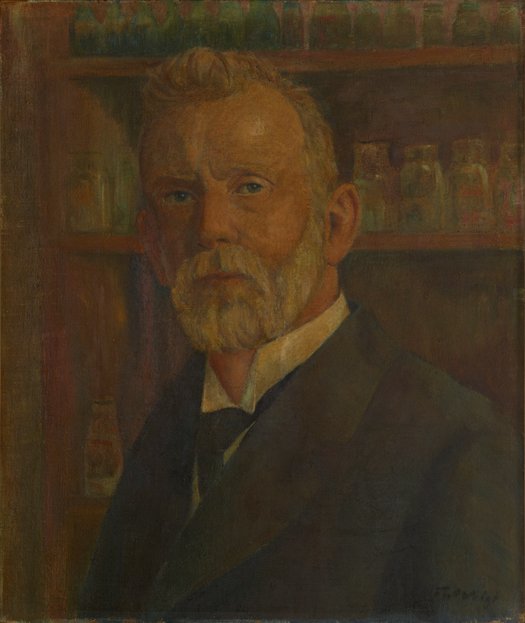 Portrait of Paul Erhlich, recipient of the 1908 Nobel Prize in Physiology or Medicine for his contributions to immunology. Ehrlich was a German Jewish physician and scientist who worked in the fields of hematology, immunology, and chemotherapy. This painting shows Ehrlich as a bearded man in late middle age, calmly contemplating the viewer as he stands before shelves of books and glassware.

This portrait closely resembles an earlier portrait of Ehrlich by Franz Wilhelm Voigt created for the front cover of a 1910 edition of Jugend, and was commissioned by Dr. Adolf Dessauer directly from the artist. The work was damaged in November of 1938 in the Kristallnacht attacks on Jewish households, and was afterwards restored by an unknown conservator.