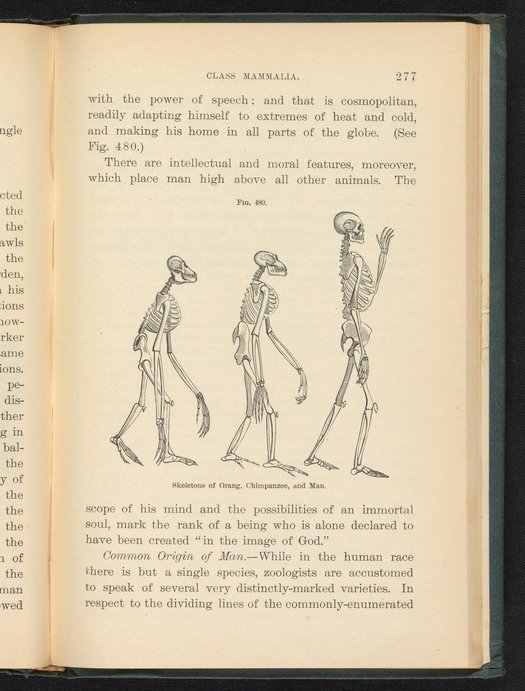 Figure 480 of the 1887 volume Popular Zoology depicting skeletons of an orangutan, chimpanzee, and man.