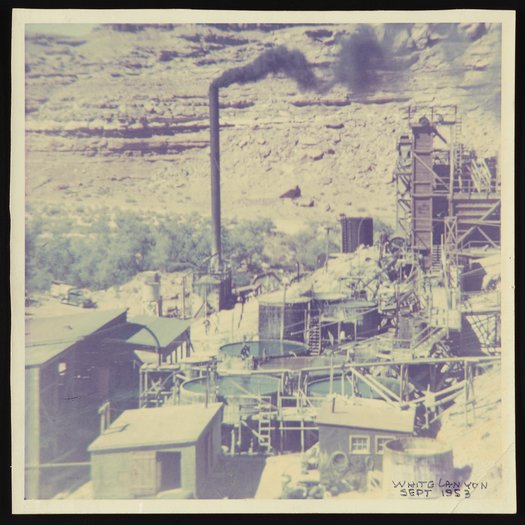 General view of a section of the Vanadium Corporation of America facilities near White Canyon in San Juan County, Utah. Uranium and vanadium were mined from the sandstone canyons and used to produce crude vanadium oxide and crude uranium oxide.