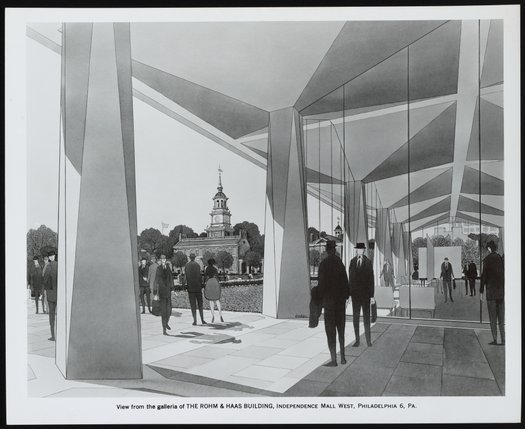 Black and white artist's rendering of the view from the galleria of the Rohm & Haas home office building located on Independence Mall West in Philadelphia, Pennsylvania, including an illustration of nearby Independence Hall.

View from the galleria of the Rohm & Haas building