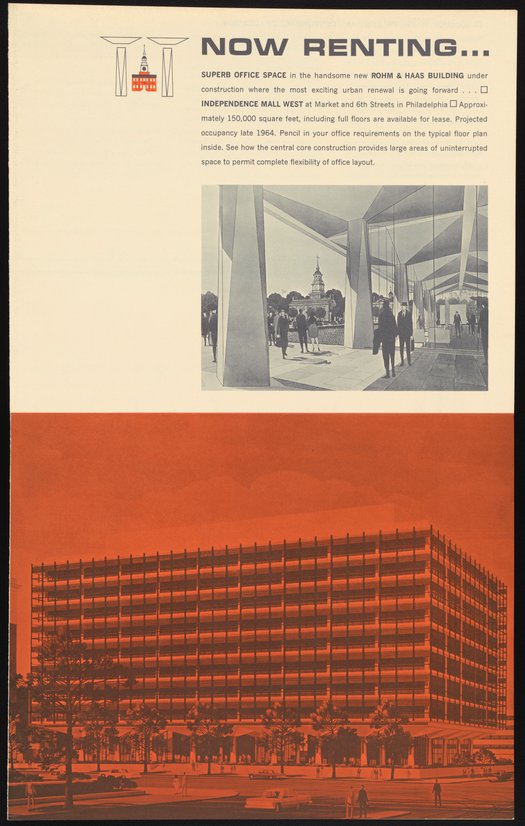 Realtor brochure advertising office space rentals in the new Rohm and Haas home office building located on Independence Mall West in Philadelphia, Pennsylvania. The brochure includes an artist's rendering of the building's galleria with view of Independence Hall, as well as maps of the surrounding neighborhood, office layout and amenities, including passenger elevators, air conditioning, and cafeteria. 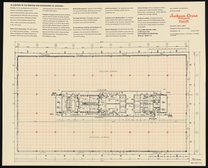 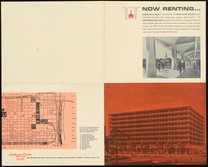