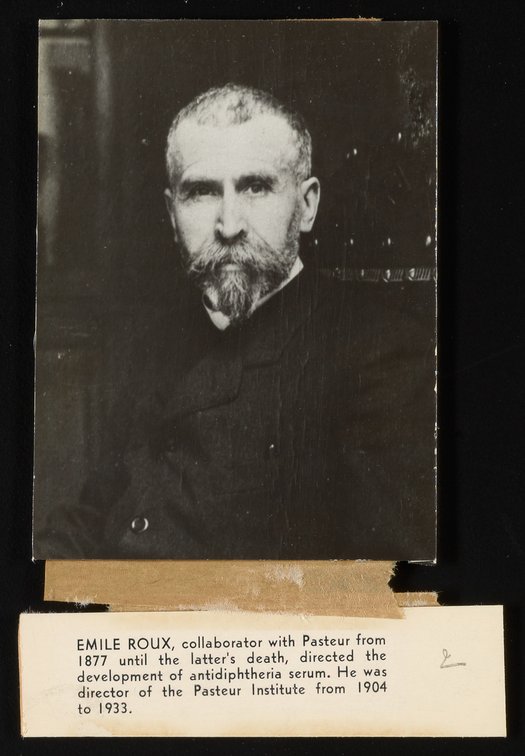 Portrait photograph of French immunologist, bacteriologist and physician Monsieur (Emile) Roux (1853-1933), also known as Pierre Paul Émile Roux. Roux served as Louis Pasteur's (1822-1895) assistant from 1878 until 1883. During this time, he worked with Pasteur on avian cholera and anthrax. He also began his research on the microbiological causation of diseases at this time. He served as the director of the Pasteur Institute from 1904 until 1933. Roux was responsible for the Institute's production of the anti-diphtheria serum, which was the first effective therapy for this disease.