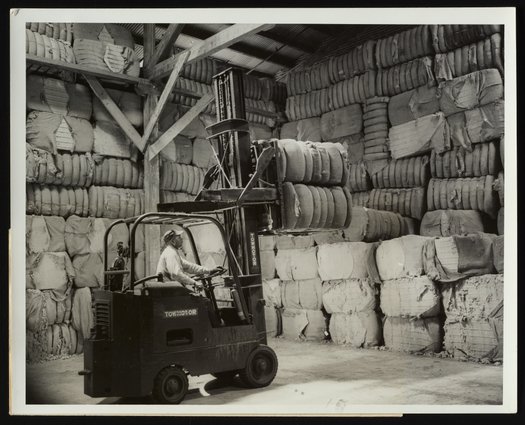 General view of Timothy R. Curley operating a lift truck to move bales of cotton linters at the Hercules Powder Company plant in Hopewell, Virginia. At the Hopewell plant, raw cotton linters (short fiber residues left on the cottonseed after the longer staple, aka the "lint" fibers, are removed by ginning) were used to produce so-called "chemical cotton," which is commonly used for the manufacture of cellulose ethers.